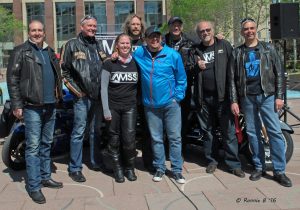 May 11, 2016, the AMSS officially launched not only the Society but our very first motorcycle safety campaign.  And in the true fashion of solidarity that this campaign has become, the majority of our media friends put "turf wars" aside to come together for safer roads.  On hand were Gord Steinke (Global), Daryl McIntyre (CTV), Sean Burke (CFCW), Shane Michaels (Capital FM), Cam Hayden (CKUA), Marty Forbes (Edmonton Sun & VP, AMSS) and finally Terry Evans (K97) who graciously stepped up for the duties of launch emcee.

Many riders came down to City Hall and lined the street with their motorcycles between Churchill Square and City Hall Plaza to support this grass-roots movement.  A few of the city delegates were on hand including Councillor Dave Loken who gave a compelling speech including some very warming words of encouragement for the AMSS.  Edmonton Five-O Motorsports came down to support and brought one of their race bikes for display.  For those who may not be aware of who these guys are, they are off duty officers who on their own time promote track racing as an alternative to street racing.  Certainly fits with our mission!

AMSS President Liane Langlois took to the stage to fully explain who we are and what we are trying to accomplish.  And as she discussed how much work was put in and the humbling experience of the incredible support from Edmonton media, it was at the end where you saw the passion for this initiative and gratitude she carries for her partner and VP, Marty Forbes.  To quote Marty, "something special happened today".

The launch coupled with coverage and on air interviews with several media outlets has propelled the AMSS into the mainstream.  The feedback on the streets is one of gratitude from both riders and drivers alike.  People appreciate that our message holds everyone accountable for responsibility for safer roads regardless of number of wheels.

Over the next few weeks, you will be seeing and hearing PSAs describing our message - also listed under our Projects.  Our next steps include partnering with industry experts to grow a library of resources full of safety, awareness and educational tips.  We aren't going anywhere...we just got started!  Stay in the know by liking our Facebook page as well as following along on Twitter, Instagram and Soundcloud!

Thank you to Allstar for taking care of the stage and sound and to Shaw TV for heading up the production of launch day.  These efforts really made the whole scene come together. 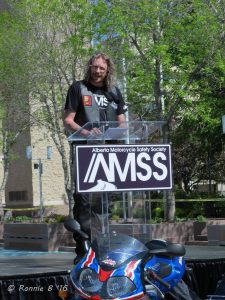 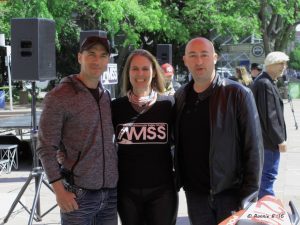 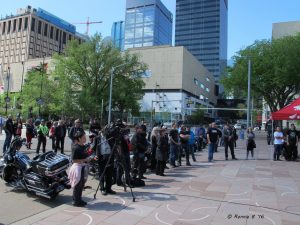 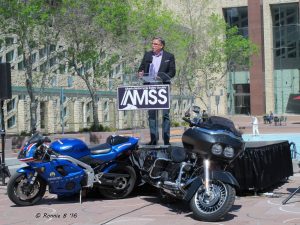