Developing Skills and Strategies to be a Better Rider

An advanced rider-training course is excellent for anyone who has been riding for more than a year or has put on over 5000 km. The course is designed to allow participants to improve their riding skills while appreciating the limits of their motorcycle. With a blend of classroom sessions and time on the course, it is a great way to update your skills.

According to the Alberta Traffic Collision Statistics report from 2016, motorcycle collisions and fatalities increased. Compared to drivers involved in total casualty collisions, motorcycle operators were more likely to run off the road, make an improper turn, or pass improperly. 88% of the time the road was dry with no apparent defect to the motorcycle at the time of the collision.1

With those stats in mind, what is it that is causing the collisions to happen?

In the Roads Traffic Report put out by the City of Edmonton, 57.8 % of accidents happen at intersections, with the most common cause of collisions being that of following too closely. Motorcyclists that were driving correctly and not at fault only made up 40% of all the accidents which means that 60% of the time, the motorcyclist did or acted in some way to cause the accident.2

How can an Advanced Rider Course help?

A few of the folks I ride with decided to register for the Advanced Rider Course with the Alberta Safety Council in June. We thought we were going to ‘brush up’ on our skills, seeing how we had been riding for some time. Out of the four of us that attended, there was a range in the number of years in riding experience, from over ten years to just one year. Only one of us had ever been in an accident, and that was driver error, so this course would be a great way to correct those minor issues.

I will be the first to admit that I was not prepared for the number of things I learned in two nights! I was also unaware of just how many bad habits I had picked up in the three short years I have been riding. When I took the Beginners Course, we used the motorcycles provides by the course. The nice thing about an advanced class is using your bike. 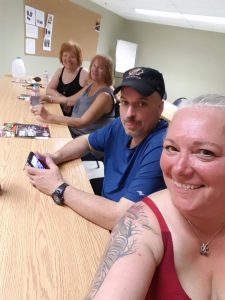 The key elements that were covered in the course were collision avoidance techniques, urban riding techniques, and advanced cornering and braking. Like 90% of other riders, I had an issue with the approach in cornering. I learned it has more to do with accuracy and smoothness than with the speed. I also learned that braking is the most essential skill in good cornering, and it was one of the skills that I needed more than a little help with. I had never gone into a corner too hot, in fact, I had the opposite problem. I was going in too slow! This was just one of the many skills that I will take away from this two evening course.

Breaking down the skills into steps and being able to practice them slowly, in a controlled setting was invaluable. Even the time we spent sitting in the classroom taught us a thing or two. When presented with facts on leading causes of accidents and then learning on the course how to avoid or overcome the causes was of benefit. I was not the only one that rode away from the Alberta Safety Council building with a new appreciation for riding. Even the more experienced riders later stated they would be looking at registering again in a few years to undo the bad habits they are bound to pick up again.

Many of the companies that offer motorcycle programming also offer some type of Advance Rider Course. Check your local listing for a course near you. 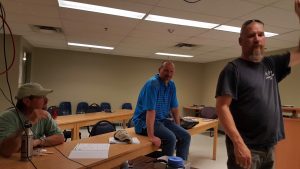 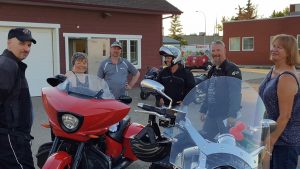